The French landscaper Jean Claude Nicolas Forestier is the creator of the Garden of the House of the Moorish King. His arrival in Spain is linked to the Ibero-American Exposition of 1929, in Seville. 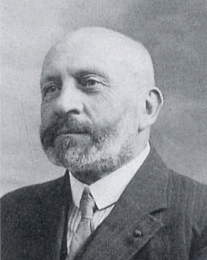 Before that, in Paris, he had restored the Gardens of the Bagatelle Pavilion and those of the International Exhibition of Decorative and Modern Industrial Arts, which was to be held in 1925. He managed the direction of the Parks and Walks Services of the city, commissioning, among others, the Garden of the Bois de Boulogne, located on the avenue where Trinidad von Scholtz Hermensdorff had his residence in Paris.

Considering the activity of Trinidad in his house in Paris, often bringing together the intellectuals and creators of the time, it would not be strange that he had coincided with Forestier at that time. What is known for sure is that the landscaper came to Spain in 1911 at the request of the Executive Committee of the Ibero-American Exposition of 1929 to design the Maria Luisa Park in Seville. It was in this period that Trinidad von Scholtz Hermensdorff commissioned the elaboration of the Garden of the House of the Moorish King. And since 1915, the landscaper also worked in the gardens for the Universal Exposition that was being prepared in Barcelona for 1929, at the request of Cambó. He died in Paris in 1930 at the age of 69.