The water mine was built in the 14th century to improve the defenses of Ronda. Taking advantage of a natural crack in the wall of the Tagus, a gallery was excavated to reach the one of the river and to extract the water through a big ferris wheel. The fortification of the lower part of the set allowed to do it in a safe way in times of siege.

The water mine is one of the main hydraulic engineering works built in the Nazari Kingdom during the 14th century. Currently, it is the best preserved in Andalusia.

Its purpose was to extract water from the river to supply it safely to the walled population in cases of siege. Therefore, along with the walls of Ronda, was part of its defensive system. It was built at the time when King Abomelic ruled the city. For this, the crack that existed in the wall of the Tagus was excavated in depth, looking for the bed of the river: steps were carved into the rock to create a descendant gallery, covered with vaults.

In the descent is The Water Wheel , named for housing the large wheel used to extract the water. The narrowness of the gallery prevented the access of animals, so this ingenuity had to be activated by people:

it was the Christian slaves who turned it, carried the water zaques and then climbed with them through the gallery back to the city. At several points in the gallery, the rests served to support these zaques and facilitate the ascent.

Below this room the construction was fortified with a tower. In its interior is the Armoury, where stores were stored, the garrison was housed and the attacks with arrows or boiling liquids repelled.

To facilitate defense, there was a well at a lower level. It was in the Hall of Secrets, which is named after the curious sound effect of its dome: a whispered voice at one of the corners multiplies its sound until it is heard clearly in another of them.

In the lowest part of this tower, a small door opened towards the river served for the flight. 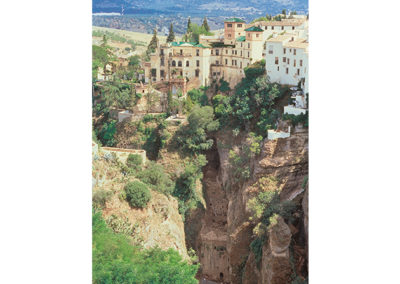 The House and the Mine

Spectacular panoramic where the Mine under the Palace is appreciated 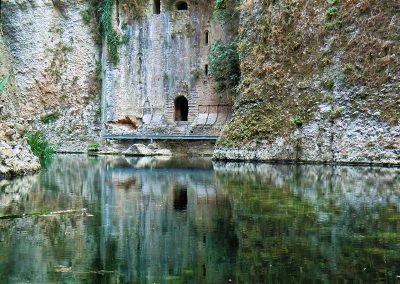 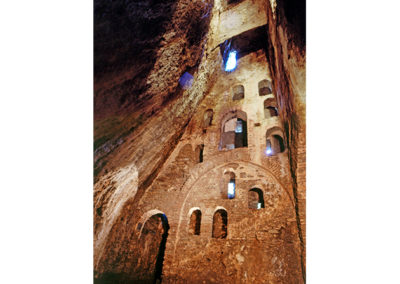 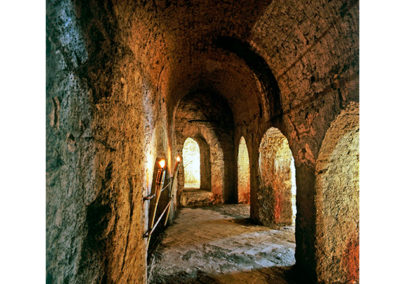 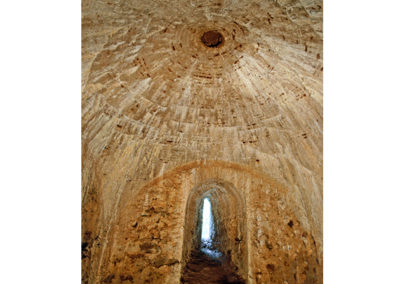 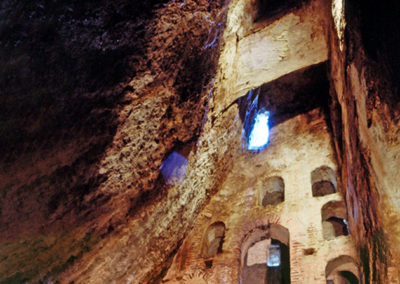 Detail of the upper part of the wall 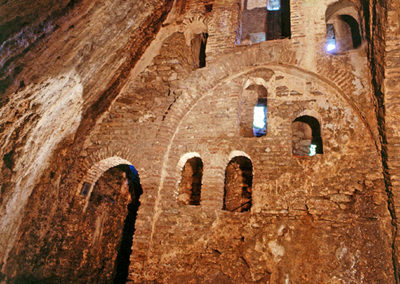 Detail of the lower part of the wall